Doesn't time pass quickly? I mean, it was 10 years ago when we were staying in Suffolk and watching the BBC's Restoration programme. This was an unusual format show in which British heritage buildings, some of which had been granted listed status, but all of which were in danger of being lost and needing help, were presented to the public for them to vote for. The series' winner would receive a grant from the Heritage Lottery Fund to enable remedial and restorative work to be carried out to stop it falling into further disrepair.

One of the entrants was the World War 2 Radar transmitter station at Bawdsey, close to the Suffolk coast. This was the site of the world's first operational radar station, essentially enabling the detection of enemy aircraft approaching from far away, as well as their height, which was very important. It also meant they were able to identify friendly aircraft. So we went round there to see what there was in the way of visitor attractions.

Well, this was the beginning of the campaign so it wasn't surprising that there was nothing for us to see. Instead we travelled on to Bawdsey Quay, passing A4 notices in windows urging people to cast their vote on the TV show, and we settled down amongst families playing on the shallow beach, and watched the boats bobbing in the water in the afternoon sun, with the ghostly silhouette of Old Felixstowe seemingly hovering in the haze on the far side of the estuary. I distinctly remember there was a strange, yet welcoming, timelessness; maybe an echo of times past. Beautiful.

Unlike many of the other entrants—buildings with classical facades, towers, houses, theatres and so on—Bawdsey Radar wasn't pretty to look at; basically, it was a concrete building with crumbling corners, sections slipping away exposing its rusting steel reinforcements. It was a utilitarian box. And, despite the importance of its function in those days of the war, the integral role it played in winning the Battle of Britain, and becoming a model for a chain of radar stations around the British coast and so helping to achieve victory ... it didn't win. Instead it came 4th, thus denying it any of the funding so desperately needed for its survival.

Exactly 10 years later, we were back in Suffolk, with the very same people in our group, and learnt that Bawdsey had organised just 11 open days during 2014. Having recently received help from the Heritage Lottery Fund (about 9 years after first being on TV), the Bawdsey Radar Transmitter Room was on display, furnished with information boards supplied by the British Museum, exhibits of some of the equipment, a mock-up scene of operators, a fantastic model of a transmitter tower made by a schoolboy, and more. 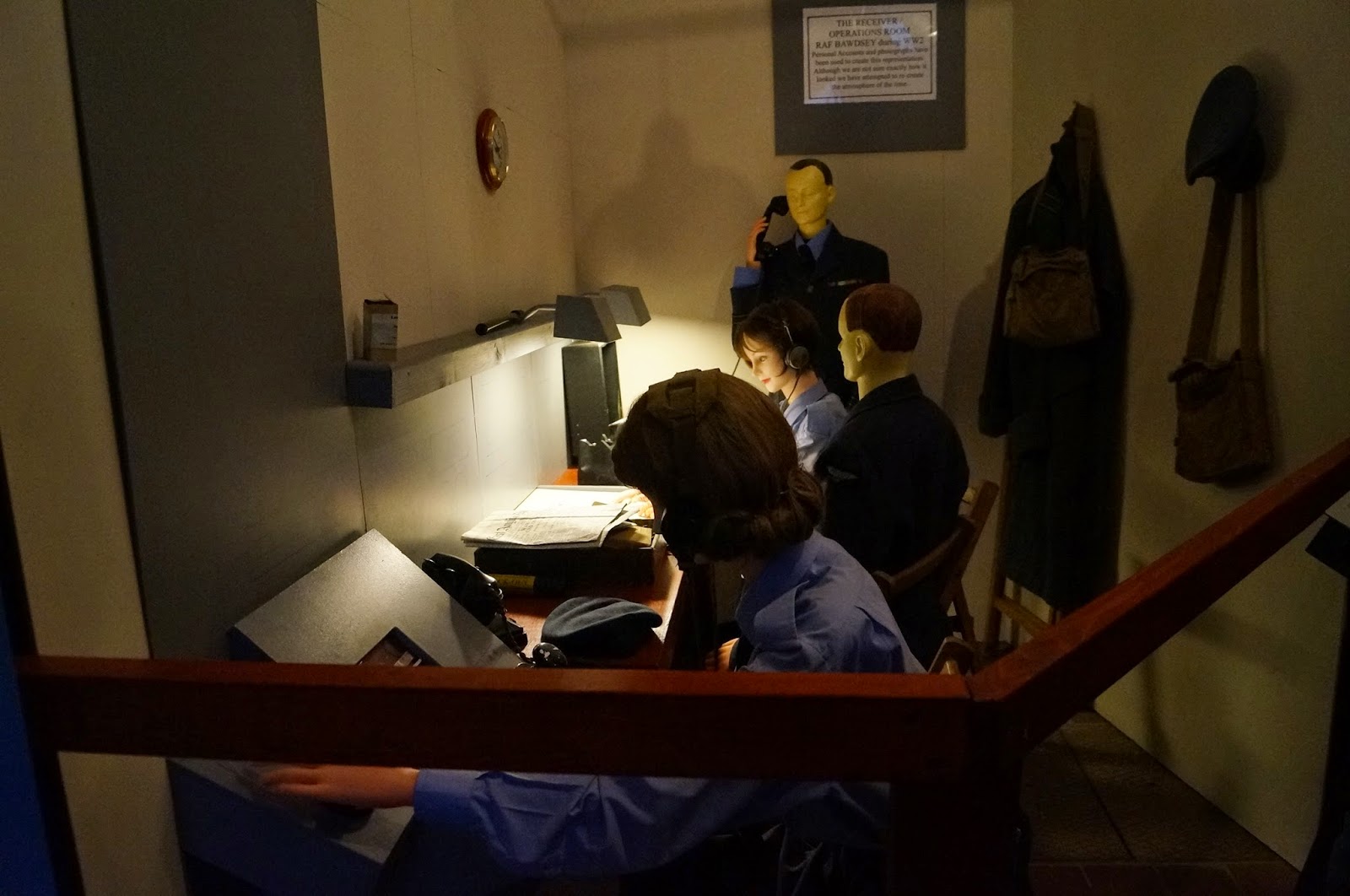 In one room was a 17-minute video of Gwen Arnold, one of Bawdsey's radar girls, with her precise and vivid recollections from those days. She began working at Bawdsey in 1943 and was featured in the 2010 series of BBC's Coast. Her book Radar Days was published in 2000. 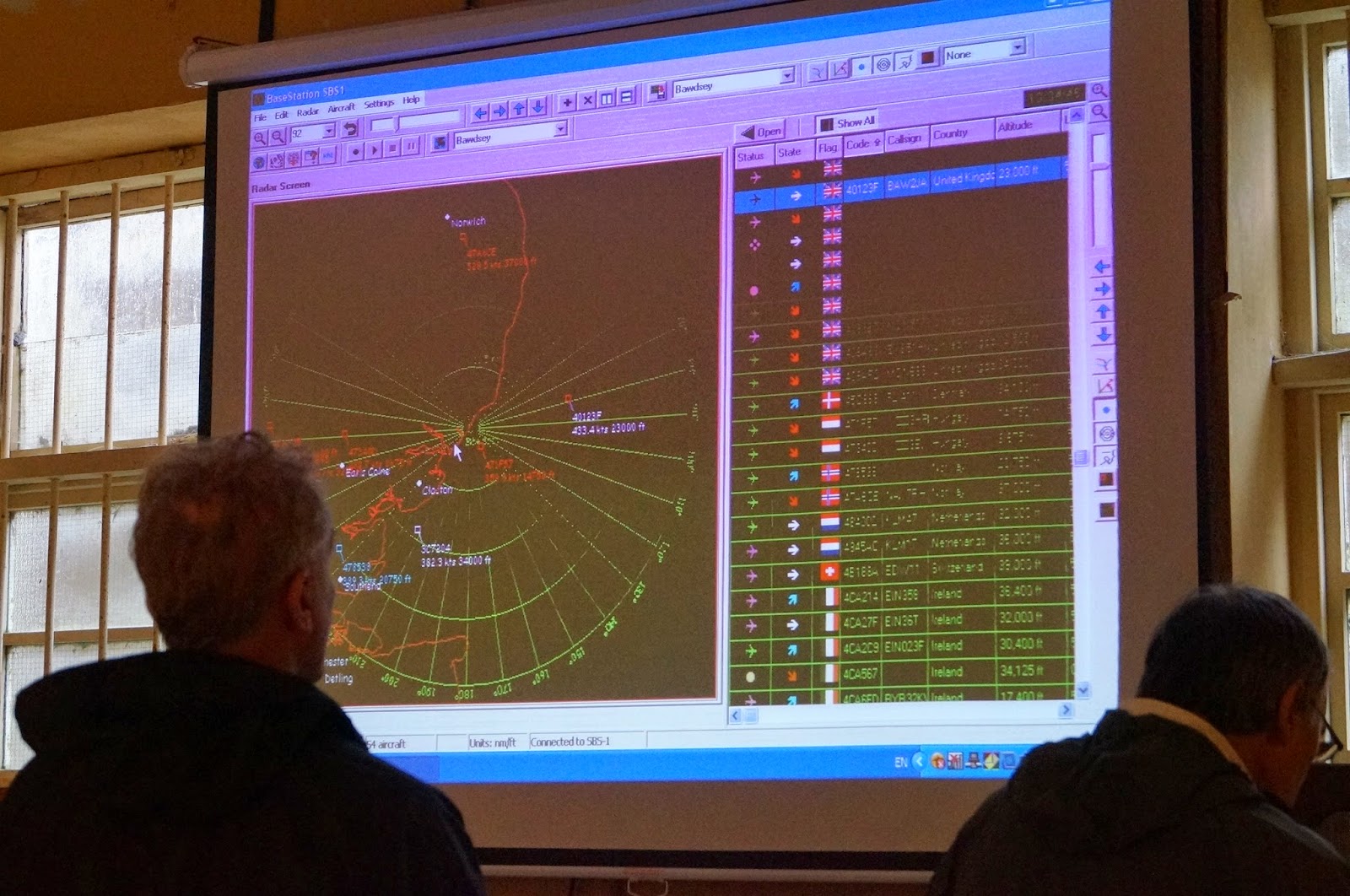 The building was a mass of visitors, each with an appreciation for what this little place did when the nation was under attack, sharing a sense of indignation that such an artefact could be discarded, unappreciated, unloved. Outside the rain was pouring down, yet the centre's volunteers were out directing the parking cars, or showing where the old transmitter towers once stood, telling the stories to those who would listen—and there were plenty of us. 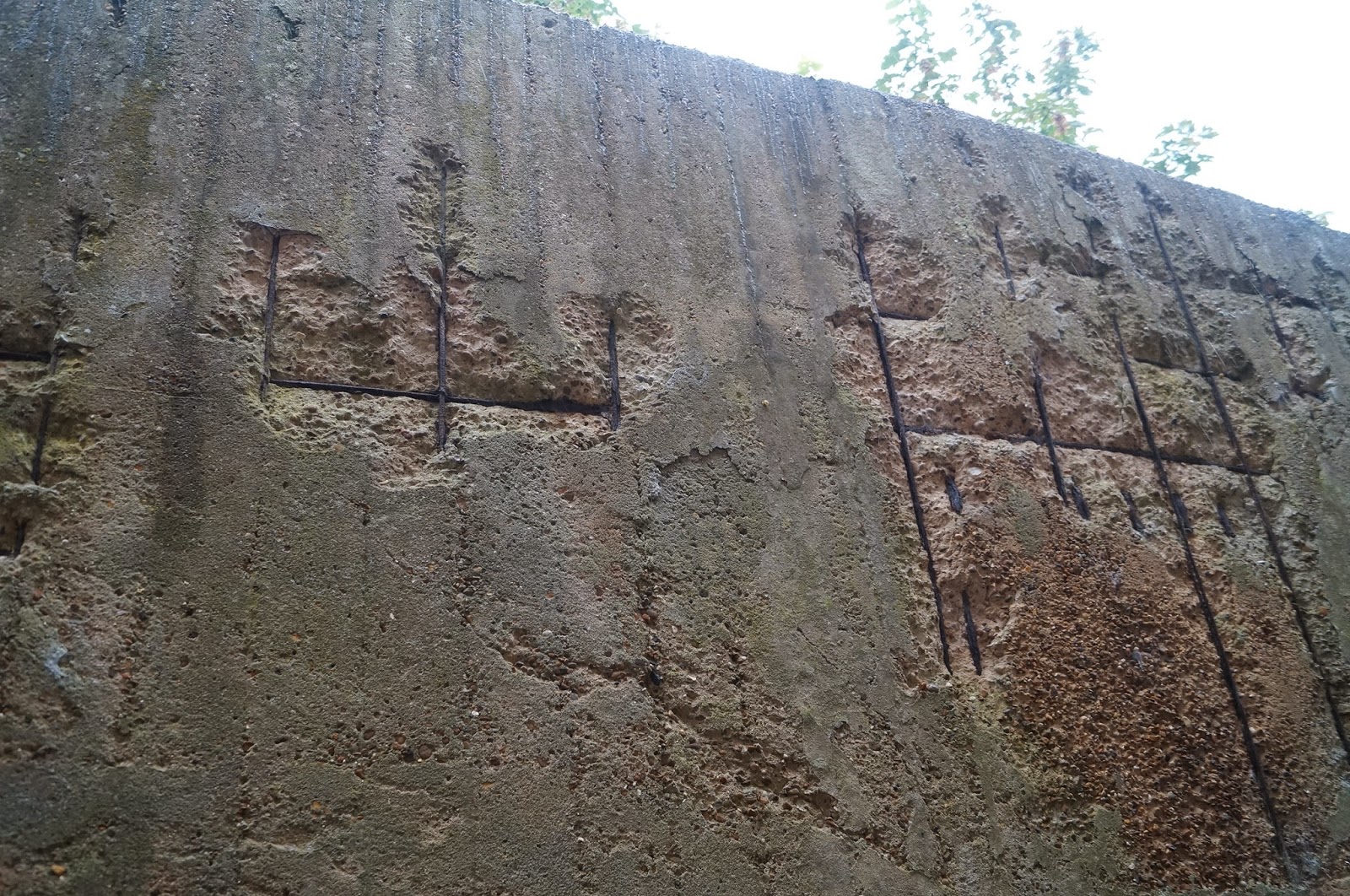 These people were superb, friendly, knowledgeable, and quite happily (who wouldn't be?) wearing branded clothing with the very appropriate "First in the Field" embroidered logo. The low-key shop wasn't filled with a few relevant items and bulked-out with (what the retail trade terms as) market-stall swag; oh no, the merchandise here was specific and relevant. The lady running the "shop" (it was really a single table, but with the stock expertly arranged) was proud to tell us that the Bawdsey tea towel was made locally. We're going to frame ours, by the way. When we left, the sopping wet volunteer in the car park thanked us personally and we moved on to take advantage of the special offer tea and coffee that had been organised with a local cafe at Bawdsey Quay. One example of caring not only about the exhibits but also about the visitors. (I'm a bit of an expert on scones, by the way, and the jam that was being served in the cafe was home-made, which made the day that extra bit special.) 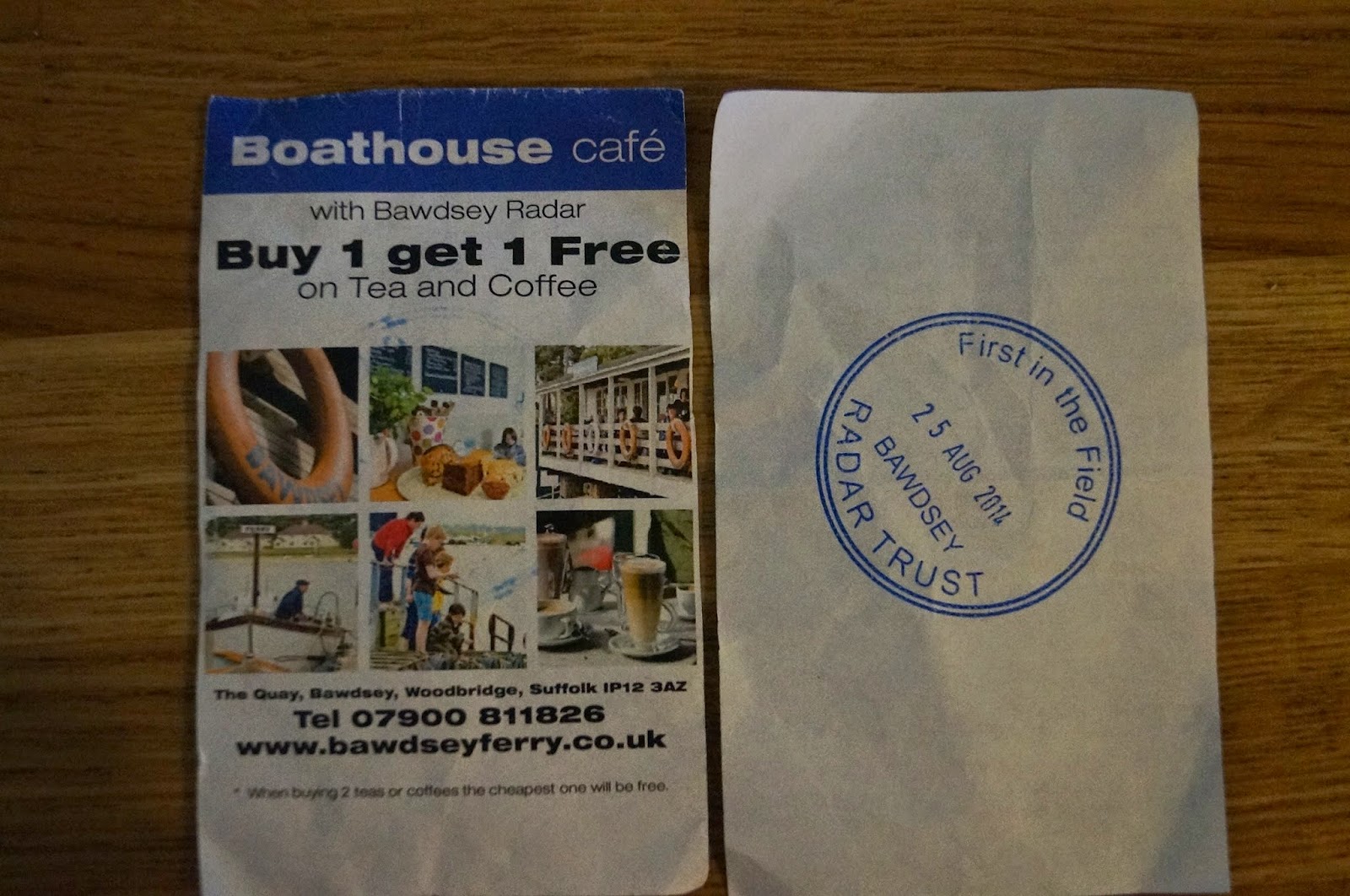 And here's my point: the concrete building that was once the working transmitter block ... granted it's hardly the subject for a picture postcard and is certainly a non-contender for a chocolate box lid, but is so much more than it appears; it is where people worked during those uncertain times, where they did a highly-specialised job, where their training and expertise meant the difference between life and death, where the briefest loss of concentration could mean devastation. Like any good literature, it's all about people, and that's what Bawdsey has in abundance—those from the past who helped Britain and its allies achieve victory, and those in the present who, thanks to their hard work that has resulted in much-needed funding, can now ensure that the fascinating story of radar cannot be forgotten.

Here's a link to the site: www.bawdseyradar.org.uk 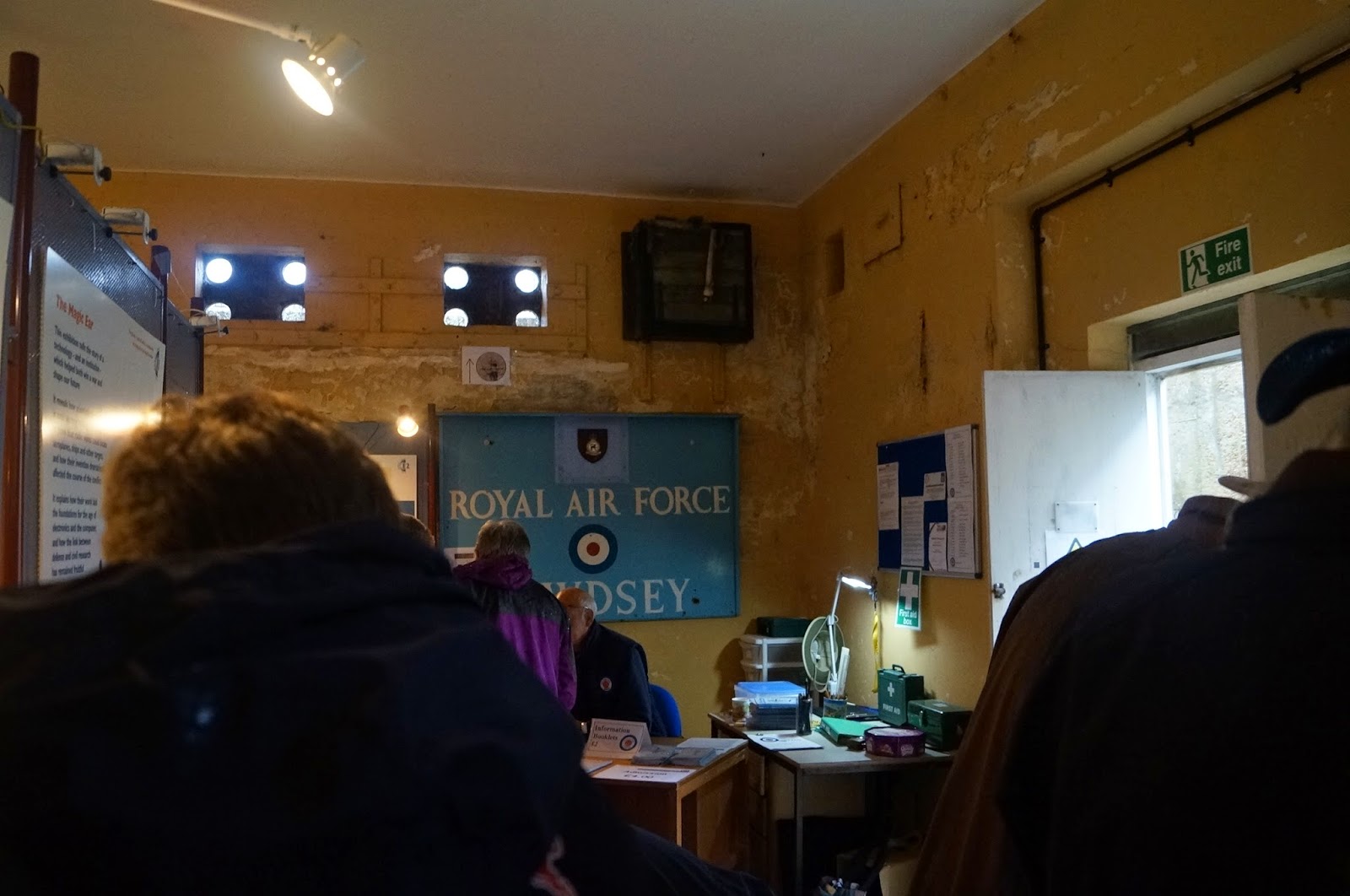 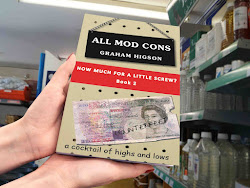 All Creatures Great and Famous 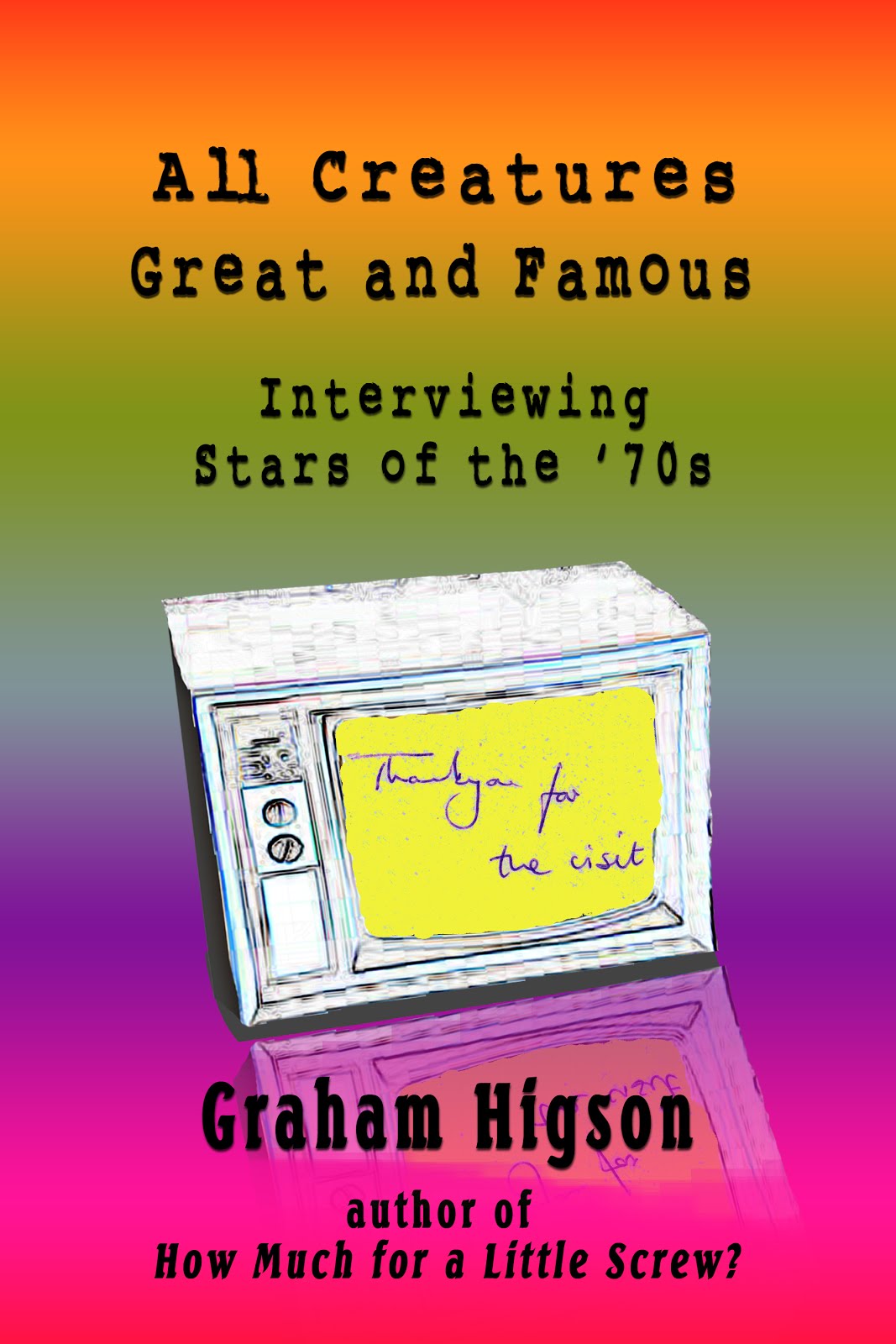 How Much for a Little Screw? Tales from Behind the Counter 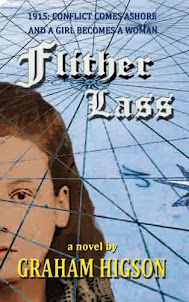 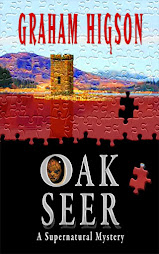